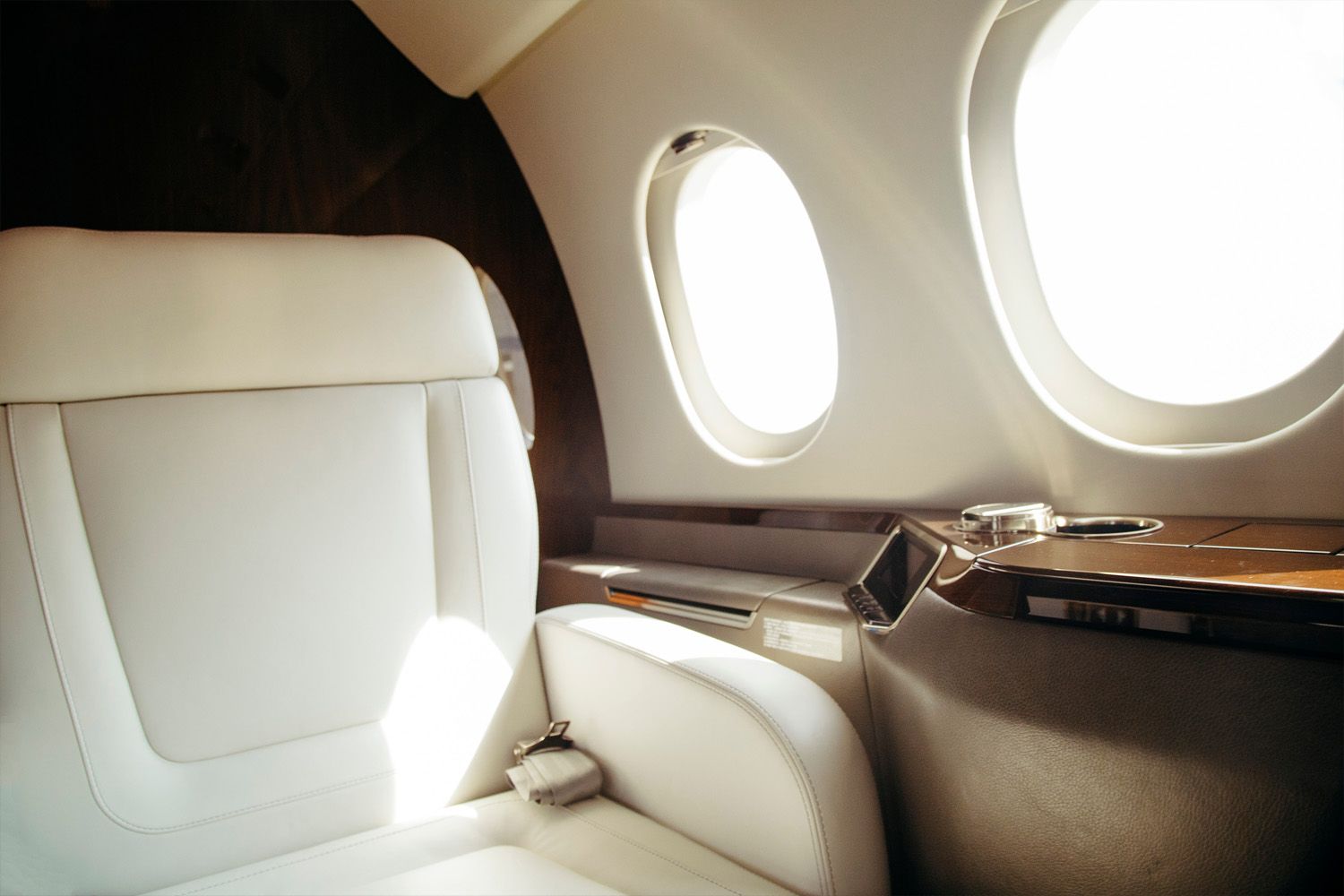 This article will compare two particular large jets, the Gulfstream GIV SP and the Embraer Legacy 600.

Designed and built by Gulfstream Aerospace, the Gulfstream GIV SP is a twinjet aircraft and is a significant improvement over the previous models introduced in the late 1980s and early 1990s.

Based on the rugged ERJ-135 model, the Embraer Legacy 600 was first introduced in the aviation industry in 2002 and is considered a “super mid-size” aircraft. It competes with the upper-tier small-to-mid-size range of business jets.

Both jets come under the category of “large cabin jet,” but there are some differences when comparing Gulfstream G4 SP vs Legacy 600.

Regarding seating capacity, the Gulfstream GIV SP has a large cabin spanning 1,525ft³ in cabin volume. Depending on seating configurations, it can seat up to 14 or 16 passengers and has two additional seats for crew members. Passengers have access to 169ft³ of baggage storage space.

The Legacy 600 has a cabin volume of 1,656ft³ across three spacious cabin zones. It is larger than its later models and can accommodate up to 13 people and two crew members. Legacy 600 comes with 240ft³ of baggage storage and additional storage space of 46ft³. With a total of 22 windows, the cabin has access to sufficient natural light.

The Gulfstream GIV SP comes equipped with two Rolls-Royce Tay 611-8 engines, capable of producing 13,850 lbs of trust each. According to the Aircraft Cost Calculator, the two engines use between 415 and 479 gallons per hour. The Tay engines offer 15% improved fuel consumption and decreased noise levels over the Gulfstream’s previous models.

On the other hand, the Embraer Legacy 600 uses two Rolls-Royce AE3007A1E turbofan engines, generating about 7,953lb of maximum thrust each. The engines consume between 272 and 312 gallons per hour.

Both the jets are long range with the GIV-SP having a maximum range of 4166 nautical miles (approximately 8.5 hours of flying time).

The following are the maximum speeds of the two jets:

Although the Gulfstream GIV SP is faster than the Legacy 600, both are considered some of the fastest large-cabin private jets.

According to the Aircraft Cost Calculator, the following is the cost breakdown of the two large jets across 450 annual operating hours and $7.00-per-gallon fuel price:

Since both these jets are available pre-owned, the selling price depends on different factors, including mileage, condition, interior work, and more.

Private jets save their passengers a lot of time. Even on short flights, a turboprop can cut down travel time in half by avoiding the time wasted at an airport. However, when comparing time and cost savings across different private jets, there is also a significant difference.

According to Conklin & DeDecker data, depending on the type of large cabin jet you are traveling in, it can save about half an hour in flight time across a 2,500-mile flight. In our comparison of the GIV SP and Legacy 600, although both are large cabin jets, there are stark differences between the two.

Compared to the GIV SP, the Legacy 600 offers a larger cabin and lower fuel consumption. However, on a full fuel tank, it cannot match the range and speed provided by the GIV SP. The GIV SP is even faster and can travel more than the Embraer Legacy 650, a longer-range version of the Legacy 600. Flying on a private jet is a wonder for anyone who has the money and resources to do it. One of the most common concerns from clients is that they believe that private aircraft operators (or private charter companies) don’t adhere to safety standards as commercial aircraft companies do. Can Private Jet Charters be Eco-friendly? The Future of Private Aviation

Chartering a private jet can increase your carbon footprint; however, there are ways to do this in a sustainable and eco-friendly manner.